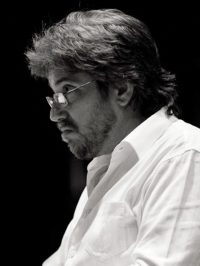 Greg Russell is one of the most respected and sought-after sound engineers in the film industry. He has worked on more than 200 feature films and blockbuster hits as well as numerous famous television shows. He has been nominated for 17 Academy Awards in the category of Best Sound and has created reality through sound for such movies as Star Trek VI: The Undiscovered Country, Transformers Series, Stargate, Starship Troopers, Armageddon, RoboCop, Skyfall, The Green Hornet, Salt, Spider-Man, National Treasure, and The DaVinci Code. Russell also won an Emmy for Outstanding Film Sound Mixing in 1984.