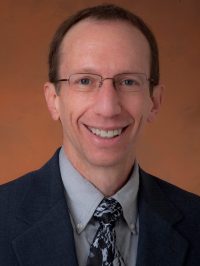 Dr. Rayman joined JPL in 1986. His work there has spanned a broad range, including optical interferometry missions to detect planets around other stars, design of a mission to return samples from Mars, a laser altimeter for Mars, the Spitzer infrared space telescope, the development of systems to use lasers instead of radios to communicate with interplanetary spacecraft, and more. He was chief engineer, mission director, and project manager on the Dawn mission to explore the two largest uncharted worlds in the inner solar system. Launched in 2007, Dawn orbited two giants of the main asteroid belt, protoplanet Vesta and dwarf planet Ceres, in an ambitious mission to reveal insights into the dawn of the solar system. After a spectacularly successful investigation of Vesta in 2011-2012, it arrived at Ceres in 2015, where it will remain forever. It is the only spacecraft ever to orbit two extraterrestrial destinations. The spacecraft outlasted its expected lifetime, and the mission concluded successfully in 2018. In addition to more than 60 technical publications in physics, space science, and space engineering, Dr. Rayman has published many articles on Apollo, Skylab, the space shuttle, piloted and robotic missions of the former USSR, interplanetary missions, and a variety of topics in astrophysics, cosmology, and space exploration for reference books, encyclopedias, magazines, and newspapers. He received a B.A. in physics from Princeton University, an M.S. in physics from the University of Colorado in Boulder, and a Ph.D. from the Joint Institute for Laboratory Astrophysics.