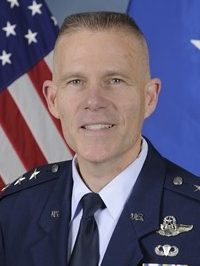 Steve Kwast is the CEO of “Kwast Enterprise” a company dedicated to the moral leadership of America into the space economy of the 21st Century. He is a retired Air Force General who has spent his lifetime understanding Space and the art of peaceful International affairs and national security strategies. He has a background in astronautical engineering, history, strategy, technology, culture, and economics. He was raised in a remote African tribe and is a graduate of the United States Air Force Academy in astronautical engineering. He holds a master’s degree in public policy from Harvard’s Kennedy School of Government. He has extensive experience in recruiting, education, training and developing the work force for the US Air Force. He was the University President for the Air Force’s University (Air University) in Montgomery Alabama. He is a combat seasoned fighter pilot with extensive command experience at every level in the US Air Force. He authored the “Fast Space” study that puts forward a plan for America to develop the economic and national security power of Space.